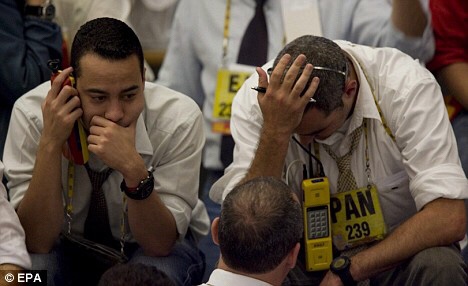 Mixing sweet potato and normal potato is one of the greatest things ever.

And secondly, Heikin Ashi candles are almost a cheat code for how I trade one of my strategies.

I’d never thought to really change my chart configuration from standard candlesticks before.

The furthest I’ve ventured is to use a line chart for simple, unbiased highs and lows.

But Heikin Ashi has given me a totally different perspective that I’m obviously going to have to test with over the next few weeks, but instantly makes sense as to why it would work with my strategy.

But this is just one example of what I have learnt after 7 years (the first two were just pissing about in all reality though, thinking I’d cracked it but being a million miles away multiple times).

You genuinely learn something new everyday when trading…

You know that saying ‘in the long run we’re all dead’?

I want to change it to ‘in the long run we’re all dead comfortable’.

Looking back, I’ve noticed that any short term discomfort has been lessened each time, the longer that I have traded.

I’ve learnt to embrace the discomfort of a loss or taking a position because I understand that the short run is entirely irrelevant to conducive trading.

What’s more important is that this has probably translated into life.

Planning for a few months and years at a time has become enjoyable, and even though there might be hiccups along the way, it smooths out when you have one eye on 6 months, 1 year, 3 years etc.

You learn to adapt; I don’t think I would have developed this resilience without facing millions of other people daily looking to tear me a new one with the click of a few buttons and a horizontal line drawn across their screens.

More practically, trading makes you aware of risk – it’s everywhere and in everything you do. I always think back to my favourite paper ‘Prospect Theory‘ when making a decision based on the future and remember that I’m most probably going to be irrational and so I keep that in mind.

The reason I never sports bet is because the odds aren’t in my favour, firstly because the bookies are just as crooked as market making retail firms, but secondly because I don’t have an edge.

By participating in sports betting, in the long run I won’t make anything. So what’s the point? Sometimes not trying something if you know you’re crap can save you time and energy – especially if you focus on the things you are good at instead.

Having studied economics at university, I can tell you one thing.

90% of it is absolute rubbish and doesn’t apply whatsoever to the real world, how markets move or how people actually act, whether rationally or irrationally.

Econometrics was useful – but having to look at market dynamics everyday and update my fundamental view every few weeks is what taught me real economics.

For example, you note that some fundamental activities bear more weight sometimes than others – then others this will be flipped. See the US Dollar currently weakening even with the base rate increasing.

I don’t think I’ll be doing this forever, but I am so glad I did because trading is one of the hardest things you can do and it’ll teach you so much about yourself – more than the majority of other ‘jobs’ (or degenerate capitalist addictions – however you want to frame it).

I’d actually recommend everyone to try it just to see how hard it is, and if you want to, I’m more than willing to help you begin, but prepare to be humbled time and time again.

7 thoughts on “7 years of trading: what have I learnt?”